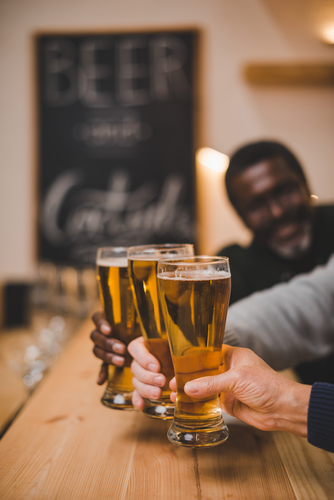 Celebrate National Beer Day at These Nearby Breweries

There’s no better way to relish the much-anticipated arrival of spring than with a cold beer. When National Beer Day comes along on April 7, you have an excuse to indulge in your favorite brews from breweries making their own beer near our RESA apartments.

Whether you love a crisp IPA, a hearty porter or a refreshing ale, they have it all at these local breweries. Stop by for a brew – or a few – and get in the National Beer Day spirit! Plus, many of them offer beers to go as well.

DC Brau Brewing Company, located at 3178 Bladensburg Rd NE Suite B, Washington, DC which is 14 minutes from home, is a popular craft brewery offering free tours and tastings, as well as growler fills. It was established in 2009 after the owners noticed that the city had a lack of local, craft beer.

DC Brau Brewing Company creates award-winning beer — utilizing a delicious and uniquely American blend of North American and European techniques and ingredients — with distribution throughout the region, including in Maryland, Pennsylvania, Massachusetts and beyond.

Atlas Brew Works, located at 2052 West Virginia Ave NE #102, Washington, DC which is only seven minutes from your RESA apartment ensuring you’ll be the first in line, is a simple brewery that produces several craft beers and also offers tastings and sells growlers.

When Atlas Brew Works CEO Justin Cox decided to start his own brewery, he thought that DC’s burgeoning craft scene would be perfect for his varied and oftentimes sophisticated offerings. In just a few years, Atlas has expanded in big ways, both in terms of output and styles brewed.